Choose the store where you want to buy 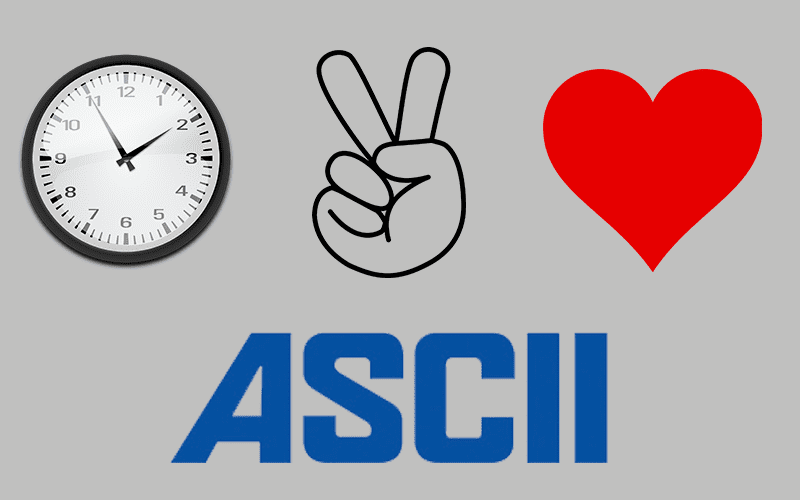 There’s a bunch of things that I love that I don’t talk about: The Roy Rogers Show from the 1950s (with his horse Trigger), those little plastic containers of applesauce that you give to toddlers, and a good $6 bottle of champagne. But one of the things that I’m not at all ashamed about is my love for ASCII.

If you don’t remember the history, it was way back in 1961 that a bunch of white-shirted, black tied engineers at IBM led the effort at the American National Standards Institute (ANSI) to develop a single common way to interchange numbers between computers. It was a mess before that. Different vendors not only represented letters and numbers differently in their computers, but they used different numbers of bits. A lot of vendors used 6 bits – that’s just 64 different combinations! I’m glad they didn’t adopt that.

The IBM guys (and it was all guys) convinced everyone that all computers should represent letters, numbers, and special characters in the same way. Their effort led to ASCII – the American Standard Code for Information Interchange. In 1968, President Lyndon Johnson signed a memorandum adopting ASCII as the standard for federal computers, but it wasn’t until Intel invented eight-bit microprocessors in the early ’70s that eight bits and ASCII became common. Even in the late ’70s, IBM 360 computers – what every Fortune 500 company used – were using an old EBCDIC standard. EBCDIC was finally retired with the introduction of the personal computer in 1981.

But that’s ancient history, right? Well not exactly. I don’t know if you’ve heard about it but there’s a big move toward electric cars. And there’s a company out in California with the name of a scientist that is building quite of few of these electric cars. 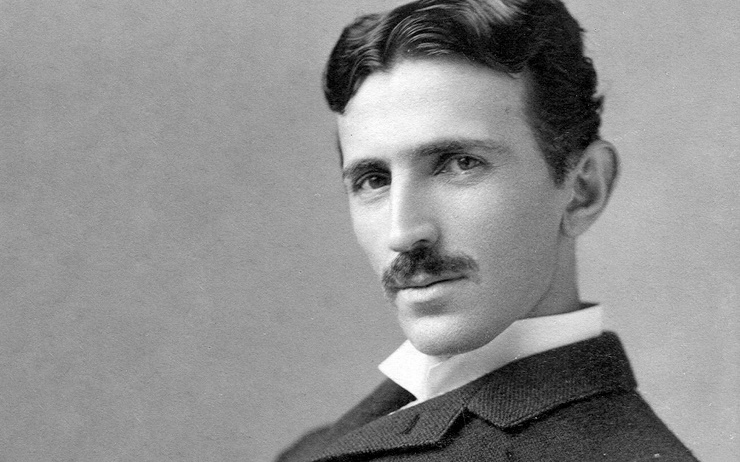 What this electric car company knows that a lot of manufacturers know is that when it comes to moving ASCII around a factory floor, you come to RTA. We happen to not only be the best at it, but we also happen to have the single biggest inventory of ASCII products for automotive manufacturers and everyone else to use.

Here’s a bit of what we have:

Head over here to see our standard ASCII gateways, but that’s not all. We’re the kings of ease of use, but we’ve customized a lot of these solutions for customers to make them even easier to deploy and operate.

Why is there so much ASCII, you might ask? It’s how humans communicate. We use letters, numbers, and symbols. There are labels on products, markings on boxes, etchings on car tires, and much, much more. And computers must read this stuff, and they do that with bar code readers that translate those funny lines into ASCII characters that those products above have to move around. While we still use letters and numbers, that won’t change.

ASCII’s been good to us and it’s something I will always love – just like that $6 bottle of champagne. Of course, I’m kidding about the champagne. Lately, I’ve been known to splurge and get the $10 bottle.

This article was originally posted on RTA´s Blog, written by John Rinaldi.